The ensemble members met during their studies in Basel at the Schola Cantorum Basiliensis. They share great passion to perform this kind of music, which is dated far back into the Middle Ages and at the same time when played nowadays is very innovative and has a fresh feel to it, as if it is being created on the spot. 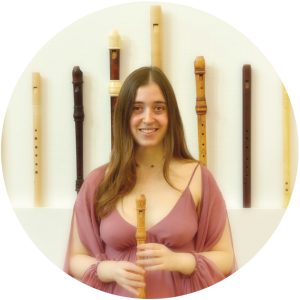 Ayelet Karni is a varied musician, and is active as recorders, historical oboes and shawms player, as a soloist and in various ensembles. She finished in excellence her Bachelor degree at the Jerusalem Academy of Music. At the “Schola Cantorum Basiliensis”, Switzerland, she completed two Master Studies cum laude: her first Master degree in Recorders included a unique Master Thesis about music in Hebrew from the Middle Ages; her second Master degree was in Baroque Oboe and Music Pedagogy. In addition Ayelet studied Shawm and attended a program of studies in Leipzig, Germany, at the “Hochschule für Musik und Theater, Felix Mendelssohn Bartoldy”. Recently she has finished the ITM Alexander Technique Teacher Training Course in Bristol, England.

Ayelet Performed as a soloist with orchestras such as the Capriccio Barockorchester, The Haifa Symphony Orchestra; she has performed extensively in many recitals and concerts across Europe, in the U.S.A, and in Israel, and in many festivals, among them are the Bergen International Festival and London Handel Festival. She recorded concerts to Radio France, the BBC, Swiss Radio and Television, and “Kol Hamusica” radio stations. Ayelet plays with orchestras such as Le Parlement de Musique, Arte Dei Suonatori and Barrocade. She plays under the conducting of famous conductors, among them are Andrew Parrott, Christophe Rousset, Christophe Coin and Martin Gester, and in various ensembles.

Ayelet wrote her Master’s thesis on “The Hebrew Song in Mediaeval Europe”. Her historical search for Hebrew music from the Middle Ages is the result of the wish to bring Hebrew music to large audiences. Her project ‘Mizmor LeDavid- Early Hebrew Music’ combines research, lectures and musical performances. 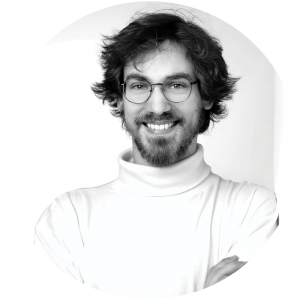 Csongor Szántó, of Hungarian origin, began his musical career as a member and soloist of the Vienna Boys Choir. Besides the singing he started playing the Piano early. After school he studied Composition with Herbert Lauermann and Vocal Pedagogy with Peter Thunhart at the Universität für Musik und darstellende Kunst Wien, and studied his Master in Baroque Vocal Performance with Rosa Domìnguez at the Schola Cantorum Basiliensis. There he also studied the Master in Advanced Vocal Ensemble Studies (Evelyn Tubb, Anthony Rooley), and a Master in Medieval Music with Kathleen Dineen.

In 2013 he was Répétiteur at Salzburger Festspiele for the Philharmonia Chor Wien. He attended master classes with Jill Feldman, Andreas Scholl, Emma Kirkby, and Szylvia Geszti, and got major impulses with Magreet Honig. With the ensemble Domus Artis, specialized on renaissance music, he took part at a master class of Dominique Visse at the Fondazione Giorgio Cini, Venice.

Csongor is singing with LaCetra, Arnold Schoenberg Chor, Basler Madrigalisten, Nederlands Kamerkoor, Ordo virtutum, and is internationally performing as ensemble singer in countries as Switzerland, Germany, Norway, The Netherlands, Italy, France and Brazil. As soloist he performed a special Lied program about the 1st World War in Oxford, New York, and Vienna, and recorded the program for Gramola with pianist and musicologist Dr. Karin Wagner. 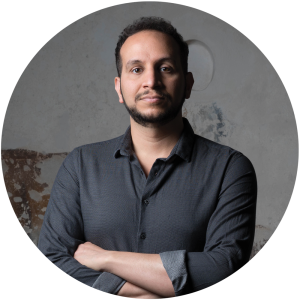 Ivo Haun born in Clamart (France) in 1985, Ivo Haun has grown up in Brazil. There he started studying music professionally with the Classical Guitar in 2003 and 4 years later began his Voice Studies. In 2010, after two years as a member of the OSESP Choir (São Paulo Symphony Orchestra), he moved to Basel (Switzerland).

In 2015 he finished his Master's degree at the Schola Cantorum Basiliensis under the guidance of Gerd Türk, complementing this thereafter with instruction from Richard Levitt.

His main areas of interest are the virtuosic singing style of the Renaissance and Early Baroque periods, the practice of improvisation (including improvised counterpoint), historical acting techniques, rhetoric and its application to musical performance, the historical pronunciation of European languages and Latin, historic tuning systems, and the use of original notation in music ranging from the 14th to the 17th century. More recently, he started exploring the Renaissance lute.

Whenever he needs a break from the highly intricate musical sources, Ivo looks for peace in the woods or on the top of a mountain, away from other humans and from any kind of technological device. 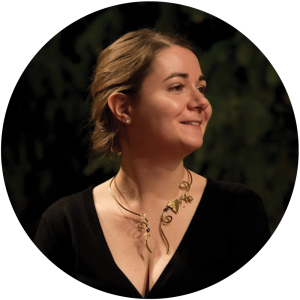 Claire Piganiol studied recorder and modern harp near Paris (France), where she also discovered historical harps during a course. Her fascination for these nowadays little-played instruments led her to musical studies in Milano, Toulouse and Basel, where she obtained a Master in early harps in 2012.

A Master in instruments from the Middle Ages and the Renaissance directed by Kees Boeke at the Musikhochschule Trossingen allowed her to specialize in these repertoires; besides, academic studies in history and in musicology (Maîtrise in Université Paris-Sorbonne, France) gave her the opportunity to start research work on the iconography, organology and playing techniques of her instruments.

Wishing to make early instruments and repertoires more easily available to present-day audiences and musicians, amateurs and professionals alike, she regularly teaches courses and workshops. She teaches historical harps and early music theory at the Conservatoire de Besançon, France and is a faculty member of the International Course on Medieval Music Performance in Besalú, Spain, and of the Settimana musicale del Trecento in Arezzo, Italy. 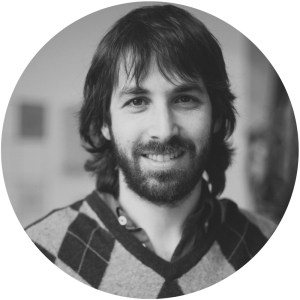 Oded Geizhals is a multi-disciplinary musician who specializes in contemporary classical music. Played concerts in Israel, Europe, North and South America and the Far East. Oded is active in the new music scene and played in many premieres, including works written for him. Member of the Israel contemporary players.

He has performed in the theater productions of “Billy Schwartz” (Haifa Theater), “Gorodish” (Cameri Theater of Tel Aviv), "My Fair Lady" (Habima National Theater) and in the children's play "Blue Tune with Curls" and "If I Suddenly Meet a Lion". In popular music he played and recorded with Eran Zur, Yehonatan Geffen, Keren Peles and was a guest at “The Voice” TV program.

Oded won the first prize at the 2013 competition for performing contemporary music at Tel Aviv University, the America-Israel Cultural Foundation Scholarship (2010-2015) and the Siday Fellowship for Musical Creativity, through the Jerusalem Institute of Contemporary Music (2017).

Oded hold a master's degree in percussion performance from the Academy of Music in Basel, Switzerland. He studied for a bachelor degree at the Tel Aviv University. His main teachers are Genia Maistrovsky, Tomer Yariv, Alon Bor, Matthias Würsch and Christian Dierstein. 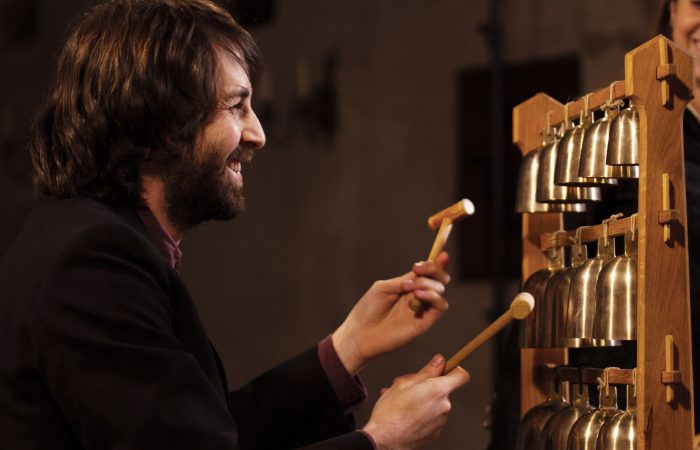 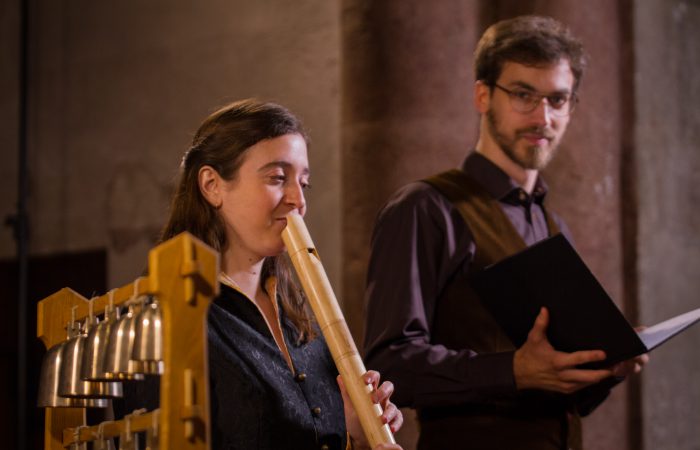 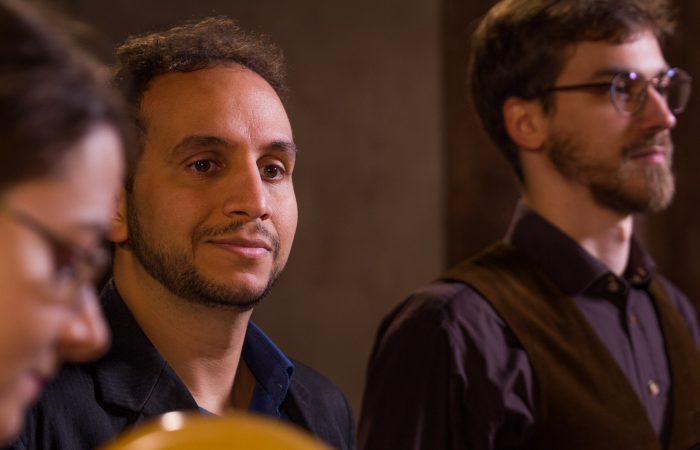 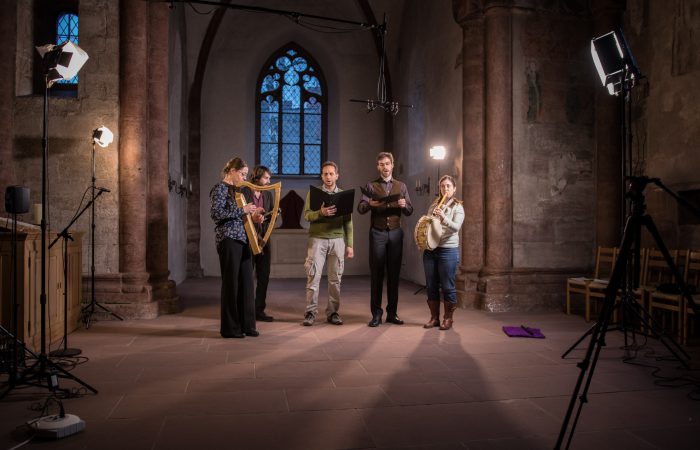